THE SECOND STOP OF DIGITAL TRADE SUMMIT WAS GAZİANTEP

The second stop of the Digital Trade Summit, which was organized by TÜRKONFED, SAP Turkey and the partner MBIS, to provide SMEs with the necessary equipment to carry their businesses to the future and to increase their profitability and productivity with innovative business processes, was Gaziantep, where Kadooğlu Holding Headquarters is also located.

SMEs met with leaders of e-commerce, e-export, and e-transformation at the meeting hosted by GÜNSİFED. Kadoil Holding Board Member Veli Kadooğlu and Kadooğlu Yağ General Coordinator were present at the summit, where the number of participants increased with the participation and support of Kadoil and TÜRKKONFED Board Member Nergiz Kadooğlu Çiftçi.

Sharing her satisfaction with the summit held by TÜRKONFED, Nergiz Kadooğlu Çiftçi emphasized that consumer behavior and expectations are changing day by day with the transformation in the technology and marketing world. Çiftçi states that she is happy to be in such a structuring on behalf of Kadooğlu Holding, whose mission is to contribute to the society and which is always ready to support SMEs, Turkey’s driving force, and congratulates SAP Turkey and its business partner MBIS for their support to the project.

The stops of the Summit in 2019 will be Kocaeli and Konya. 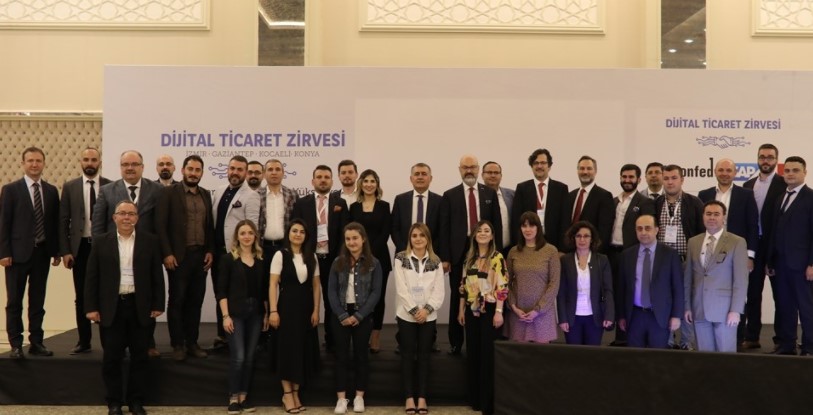 Kadooğlu Holding is a major asset created from dreams by lives dedicated to their people and home country. It was germinated in the soil watered with great efforts and now giving a multitude of fruits on its branches extending out to the future…